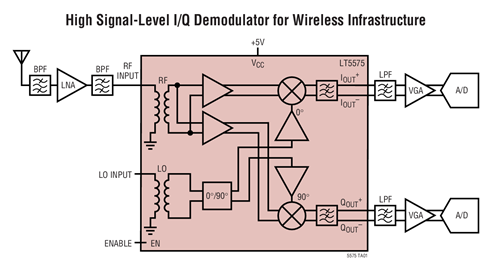 1. Three points of attention when choosing a microcontroller

When choosing, we need to consider the architecture of the microcontroller. Can the application be implemented with an 8-bit architecture? 16-bit? Or does it require a 32-bit ARM core? Between the application and the required software algorithms, these questions will start to converge into a solution. Don't forget about possible future requirements and functional extensions.

Just because an 8-bit microcontroller fits your needs today doesn't stop you from considering a 16-bit microcontroller for future functionality or ease of use. Remember that microcontroller selection can be an iterative process. You might choose a 16-bit period at this step and find a 32-bit ARM part more suitable in a later step. This step just allows engineers to determine the right direction to move forward.

Flash and RAM are two very important components of any microcontroller. Make sure you don't run out of program space, or that variable space is definitely the highest priority. When choosing parts, it's easy to choose parts with too much functionality over those with less functionality.

By the end of the design, it's not out of the ordinary to find that 110% of the space is needed or some features need to be cut back. After all, you'll always start by wanting a little more and then move on to a slightly more limited part of the same chip family. Using the software architecture and communication peripherals included in the application, engineers can estimate the flash and RAM size required for the application. Remember to leave some room for feature extensions and subsequent releases! This will save you a lot of trouble in the future.

Now that you have a better understanding of the microcontroller's feature requirements, it's time to start your search! A good place to start is microcontroller suppliers such as Arrow, Avnet, or Future Electronics.

Talk to the FAE about your application and requirements, many times they can recommend new parts that are both cutting edge and satisfying. Just keep in mind that they may be under pressure to promote a certain family of microcontrollers at the moment!

The next best place is the chip supplier you are already familiar with. For example, if you've used certain microchip parts in the past and have a good relationship with the supplier, start your search on their website.

Most chip suppliers have search engines where you can enter your peripheral set, I/O and power requirements, and it will narrow down the list of eligible parts. From this list, engineers can continue to select microcontrollers.

2. What are the three parts of the microcontroller?

Through the above introduction, you must have a preliminary understanding of the three aspects that need to be considered when choosing a microcontroller. In this part, we mainly take a look at which three parts the microcontroller consists of.

A microcontroller is a single-chip microcomputer that integrates the main parts of a microcomputer on one chip. Microcontroller was born in the mid-1970s. After more than 20 years of development, its cost has become lower and lower, and its performance has become more and more powerful, which makes its application ubiquitous and in various fields. Such as motor control, barcode readers/scanners, consumer electronics, gaming equipment, telephones, HVAC, building security and i] prohibition control, industrial control and automation and white goods (washing machines, microwave ovens), etc.

As the first company to launch microprocessors, Intel is also the first company to launch microcontrollers. After MCS-48 was launched in 1976, MCS-51 was launched in 1980, which laid a good foundation for the development of a new generation of microcontrollers with good compatibility. After the 8051 technology was opened, companies such as Philips, Atmel, Dallas and Siemens have launched microcontrollers based on the 80C5| kernel. These distinctive products can meet the needs of a large number of embedded applications. Microcontrollers based on the 80C51 core have not stopped developing. For example, the DS89C430 series microcontrollers provided by Maxim/Dallas now have a single-cycle instruction speed that has been increased to 12 times that of the 805I.